Magic Matt Alan is an American radio personality best known for his stints at leading CHR/Top 40 stations Z100 in New York and KIIS-FM in Los Angeles. He also performs as a magician, and is a former host on music video channel VH-1.

Alan was born in Portland, Oregon and began his career in radio at KRKO in Everett, Washington.[2] After stints at KNBQ in Tacoma, and Seattle's KYYX and KJR, Alan came to prominence as the afternoon drive time DJ at the leading New York Top 40 radio station Z100 in the '80s. However, Z100 star DJ Scott Shannon was a fixture in the morning shift, blocking any possibility of Alan graduating to that slot.

In 1989, after a successful stint in New York City, Alan was lured to leading Los Angeles Top 40 station 102.7 KIIS-FM. Alan's "high energy" afternoon show was again very successful in this market. In fact, by 1991, Alan's ratings had surpassed those of nationally syndicated KIIS-FM morning host Rick Dees.[3] Alan pressed the KIIS-FM management for a promotion to the breakfast shift, but the station refused, according to Alan, because Dees was tied to a long-term contract.[4] This impasse led to Alan being fired from KIIS-FM in October 1991, with management citing philosophical differences over the direction of his show.[5]

After a stint in San Diego, and a brief return to KIIS-FM in 1996, Alan, also known as Mr. Cigar, created OUTLAW RADIO USA broadcasting from an 1876 style Virginia City Bar built in his backyard. His live Saturday show on the Internet features many famous and semi-famous guests, plus a crew of "regulars" whose motto is "We Smoke We Drink We Interrupt." 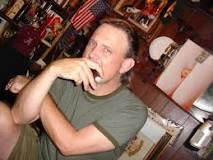